What is the Easter Festival

Easter is a Christian holiday that celebrates the belief in the resurrection of Jesus Christ from the dead. In the New Testament of the Bible, the event is said to have occurred three days after Jesus was crucified by the Romans and died in roughly 30 A.D. The holiday concludes the “Passion of Christ,” a series of events and holidays that begins with Lent—a 40-day period of fasting, prayer and sacrifice—and ends with Holy Week, which includes Holy Thursday (the celebration of Jesus’ Last Supper with his 12 Apostles), Good Friday (on which Jesus’ death is observed), and Easter Sunday. Although a holiday of high religious significance in the Christian faith, many traditions associated with Easter date back to pre-Christian, pagan times. 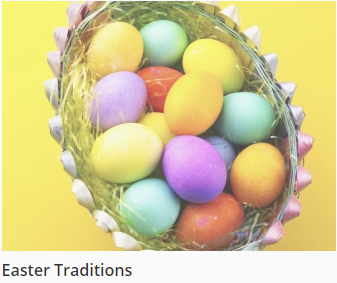 Easter 2018 occurs on Sunday, April 1. However, Easter falls on a different date each year.

Easter Sunday and related celebrations, such as Ash Wednesday and Palm Sunday, are considered “moveable feasts,” although, in western Christianity, which follows the Gregorian calendar, Easter always falls on a Sunday between March 22nd and April 25th.

In Eastern Orthodox Christianity, which adheres to the Julian calendar, Easter falls on a Sunday between April 4th and May 8th each year.

In some denominations of Protestant Christianity, Easter Sunday marks the beginning of Eastertide, or the Easter Season. Eastertide ends on the 50th day after Easter, which is known as Pentecost Sunday.

In Eastern Orthodox branches of Christianity, Easter Sunday serves as the start of the season of Pascha (Greek for “Easter”), which ends 40 days later with the holiday known as the Feast of the Ascension.

Despite its significance as a Christian holy day, many of the traditions and symbols that play a key role in Easter observances actually have roots in pagan celebrations—particularly the pagan goddess Eostre (or Ostara), the ancient Germanic goddess of spring—and in the Jewish holiday of Passover.

The resurrection of Jesus, as described in the New Testament of the Bible, is essentially the foundation upon which the Christian religions are built. Hence, Easter is a very significant date on the Christian calendar.

According to the New Testament, Jesus was arrested by the Roman authorities, essentially because he claimed to be the “Son of God,” although historians question this motive, with some saying that the Romans may have viewed him as a threat to the empire.

He was sentenced to death by Pontius Pilate, the Roman prefect in the province of Judea from 26 to 36 A.D. Jesus’ death by crucifixion, marked by the Christian holiday Good Friday (the Friday before Easter), and subsequent resurrection three days later is said, by the authors of the gospels, to prove that he was the living son of God.

In varying ways, all four of the gospels in the New Testament (Matthew, Mark, Luke, and John) state that those who believe in Jesus’ death and resurrection are given “the gift of eternal life,” meaning that those of faith will be welcomed into the “Kingdom of Heaven” upon their earthly death.

Notably, Easter is also associated with the Jewish holiday of Passover, as well as the exodus of the Jews from Egypt, as described in the Old Testament. These links are clearly seen in the Last Supper, which occurred the night before Jesus’ arrest and the sufferings Jesus endured following his arrest.

The Last Supper was essentially a Passover feast. However, the New Testament describes it as being given new significance by Jesus: He identified the matzah (or bread) he shared with his 12 apostles as his “body” and the cup of wine they drank as his “blood.”

These rituals would come to symbolize the sacrifice he was about to make in death, and became the basis for the Christian ritual of Holy Communion, which remains a fundamental part of Christian religious services.

As Jesus’ arrest and execution were said to have occurred during the Jewish observance of Passover, the Easter holiday is often close to the former celebration on the Judeo-Christian calendar. 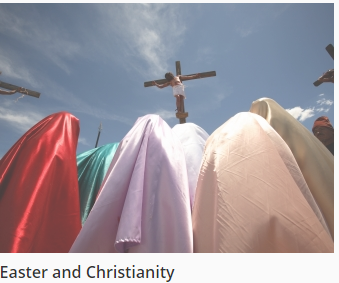 In western Christianity, including Roman Catholicism and Protestant denominations, the period prior to Easter holds special significance.

This period of fasting and penitence is called Lent. It begins on Ash Wednesday, and lasts for 40 days (not including Sundays).

The Sunday immediately prior to Easter is called Palm Sunday, and it commemorates Jesus’ arrival in Jerusalem, when followers laid palm leaves across the road to greet him.

Many churches begin the Easter observance in the late hours of the day before (Holy Saturday) in a religious service called the Easter Vigil.

In Eastern Orthodox Christianity, Easter rituals start with the Great Lent, which begins on Clean Monday (40 days prior to Easter, not including Sundays). The last week of Great Lent is referred to as Palm Week, and it ends with Lazarus Saturday, the day before Palm Sunday.

Palm Sunday marks the beginning of Holy Week, which ends on Easter.

Examples of non-religious Easter traditions include Easter eggs, and related games such as egg rolling and egg decorating.

It’s believed that eggs represented fertility and birth in certain pagan traditions that pre-date Christianity. Egg decorating may have become part of the Easter celebration in a nod to the religious significance of Easter, i.e., Jesus’ resurrection or re-birth.

Many people—mostly children—also participate in Easter egg “hunts,” in which decorated eggs are hidden.

In some households, a character known as the Easter Bunny delivers candy and chocolate eggs to children on Easter Sunday morning. These candies often arrive in an Easter basket.

The exact origins of the Easter Bunny tradition are unknown, although some historians believe it arrived in America with German immigrants in the 1700s. Rabbits are, in many cultures, known as enthusiastic procreators, so the arrival of baby bunnies in springtime meadows became associated with birth and renewal.

Notably, several Protestant Christian denominations, including Lutherans and Quakers, have opted to formally abandon many Easter traditions, deeming them too pagan. However, many religious observers of Easter also include them in their celebrations.

An Easter dinner of lamb also has historical roots, since a lamb was often used as a sacrificial animal in Jewish traditions, and lamb is frequently served during Passover. The phrase “lamb of God” is sometimes used to refer to Jesus and the sacrificial nature of his death.

Today, Easter is a commercial event as well as a religious holiday, marked by high sales for greeting cards, candies (such as Peeps, chocolate eggs and chocolate Easter bunnies) and other gifts.